Like a 19th century snake oil salesman, CBD (Cannabidiol) oil has rolled into town and is promising “natural” cures to everything under the sun.

“Scrapes, aches, pains – pains in the butt? Gather round, gather round, gather round! Dr. Thompson’s Miracle Salve works wonders for eczema, psoriasis, and other nuisance rashes. Dame Sally’s Soothing Elixir cures nausea, fights depression, eliminates anxiety – why, I took a healthy dose just before coming on stage! It’ll make your whites whiter and your brights brighter! It’s safe for kids, dogs, men, women, cows and horses! Why, it’s completely cured my arthritis (jumps in air and clicks heels) – and some say it’ll even help your babies sleep better at night!”

In the 21st century, Dame Sally and Dr. Thompson peddle their wares on the internet, in the supermarket, in the gas station, at the farmer’s market and everywhere in between.

The claims and questions I’ve heard in the exam room on the topic of CBD oil are as diverse as fish in the sea and as broad as the horizon. Patients have asked about CBD oil for headaches. Sore muscles. Arthritis. Nausea. Sleep. Anxiety. Depression. The list could go on for pages, and I’m but one provider among many fielding these questions. 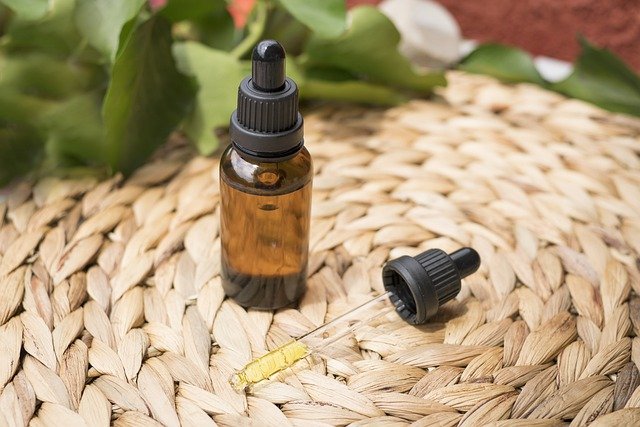 Likewise, I’ve had patients claim CBD oil has helped them with every condition under the sun. I’ve heard that CBD oil is better than, not only a single medication, but that it’s better than medications ranging from analgesics to antidepressants to anxiolytics and beyond. These assertions have come from men, women, mothers, fathers, grandmothers, grandfathers, lawyers, nurses – whatever the CBD craze is, IT IS ABSOLUTELY MAINSTREAM. That said, the only legitimate use of CBD, currently, is a medication called “Epidiolex”, which appears to be unavailable in the local market, but was approved in 2018 for two seizure disorders, exclusively (2). Drugs.com lists 100 mL of Epidiolex at $1,299, at a concentration of 100 mg/mL.

Perhaps a question which must be addressed, and one Dr. Thompson and Dame Sally never address, is – what is in the bottle? Marijuana and hemp are the same plant, and indiscernible to the naked eye. The difference lies in the chemical components of the plant. Marijuana contains greater than 0.3% THC, and hemp falls below that number (1). There are many cannabinoids in both hemp and marijuana, the most notorious historically being THC, tetrahydrocannabinol (2). This is the chemical which gets a user “high” when they consume marijuana, and is one of the primary dangers of CBD use. Marijuana and hemp are the same plant, and a single marijuana plant cross-pollinating with a field of hemp, can adulterate the entire field by increasing the THC content to unacceptable levels. If a consumer encounters a CBD product with impure levels of THC, the risks of consuming a psychoactive drug and challenges including failed drug tests enter the fray. With substantial holes present in the manufacture and regulation of CBD products, the risk of product impurities is present and pressing.

Clinical information, interactions and dosing is rather hard to come by, since CBD was classified as a DEA Schedule I drug until the Farm Bill of 2018 opened a little wiggle room on the matter, classifying CBD as “Generally Recognized as Safe” (GRAS) (1). One of the problems when attempting to research Schedule I substances are the roadblocks Schedule I status places not only on illegal recreational use by the masses, but also on legitimate clinical research efforts conducted by academics and other professionals. My handy-dandy Epocrates smartphone app lists contraindications for Epidiolex use concurrent with bupropion and amifampridine, both pertaining to seizure threshold and altered drug levels. The WHO describes IV CBD doses as high as 150 mg/kg prior to side effects (2). This seems to be the best data available about the risks and dangers of CBD use.

The key to legally selling CBD oil OTC is in the marketing.

***These statements have not been evaluated by the FDA. This product is not intended to diagnose, treat, cure, or prevent any disease***

The sale of CBD oil, within the very fuzzy and loose confines of its current legal definition hinges on its derivation – it cannot originate from marijuana, and must originate from hemp, tested below 0.3% THC content and it cannot make any claims about health benefits, symptoms or conditions it’s meant to treat (1). The consumer gets to assume what they’re using it for, which has, perhaps, lent some fuel to the multitude and diversity of claimed and stated uses. The word of mouth and telephone game surrounding CBD oil has expanded its claimed utility from horizon to horizon.

Clinicians are left in the lurch. Patients are taking an unregulated substance, at uncertain doses. They are vaping it. They are taking pills. They are taking it for every condition under the sun, and in circumstances as numerous as the stars in the sky. What do we tell you? What do you want to hear? The most common side effect of CBD use is transaminitis, which is a long word for elevation of liver enzymes (3). Just as any medication has drug interactions, CBD does as well, though they are few. It is generally safe at extremely high doses, even when given via IV (2). The best current research supports potential uses for seizure disorders, Parkinson’s and schizophrenia (2,3,4,5).

“Bring your dogs, bring your pets and friends! Fido has never been more virile than when he takes Dr. Thompson’s Premium Pet Elixir!”

The sky probably isn’t going to fall if your friend tells you that CBD balm helped their arthritis. It might help, though it may not. It appears generally as safe, topically and orally, as other OTC supplements, but as NP Herring always says, “don’t vape what you can take in a pill or cream.”

Russell R. Herring, DNP, joined the Great Falls Clinic in 2018 and is among the newer healthcare providers and prescribers in the State of Montana. He works alongside Dr. David Engbrecht and Dr. Carey Welsh in Family Medicine at the Great Falls Clinic Northwest location. Russell specializes in diagnostic, preventive, and therapeutic healthcare and treatment plans for acute and chronic illness, and in education and guidance of patients regarding disease prevention and health promotion. He is currently accepting new patients at the Northwest Clinic, 1600 Division Road, Great Falls. For more information or to schedule an appointment, please call 406-268-1600.