The Great Falls Clinic Hospital is excited to announce a $58 million expansion of its 19-inpatient bed hospital. The facility will kick off its expansion plans with a groundbreaking on May 1, 2022. 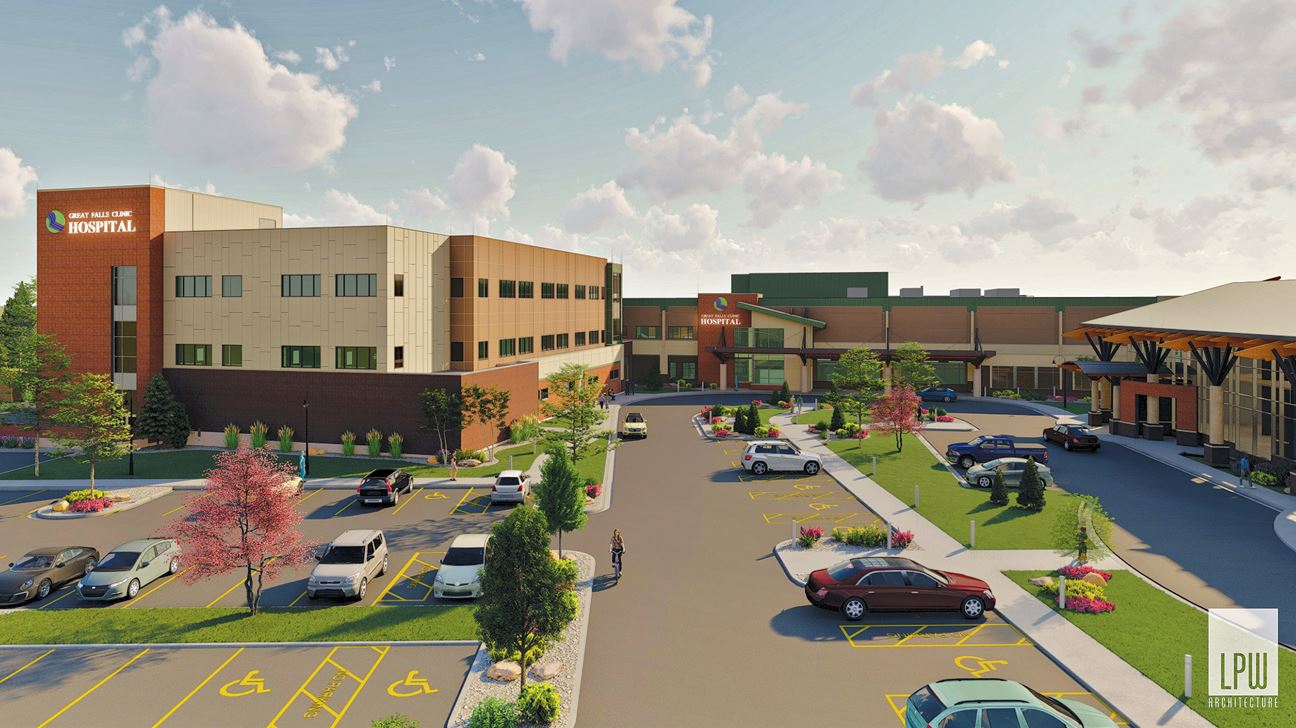 As it sits today, the Great Falls Clinic Hospital is approximately 60,000 square feet with 19 inpatient rooms, seven ER bays, three operating rooms, one procedure room, and several observation beds. New expansion plans are set to occur in three separate stages to add 58,800 square feet to the existing facility. The total facility footprint will sit at approximately 117,800 square feet once all construction phases are completed. Phase one will consist of building the new hospital tower, which will include a cardiac diagnostic and intervention (Cath lab) suite, 10-bed intensive care unit (ICU), and procedural space. The second floor will include an 18-bed inpatient medical/surgical unit and the upper floor will serve as administrative spaces but will be shelled to add an additional 18-inpatient beds in the future. Phase one is scheduled for completion in August 2023.

Phase two involves the expansion of the west wing, which will include a new high complexity laboratory, pharmacy space, expanded sterile processing, and two operating rooms. Phase two is scheduled for completion in January 2024. Phase three will include interior renovations to accommodate growth in the clinical spaces and will include updates to the cafeteria, central supply, emergency department, and support services. Phase three completion is tentative based on phases one and two schedule. 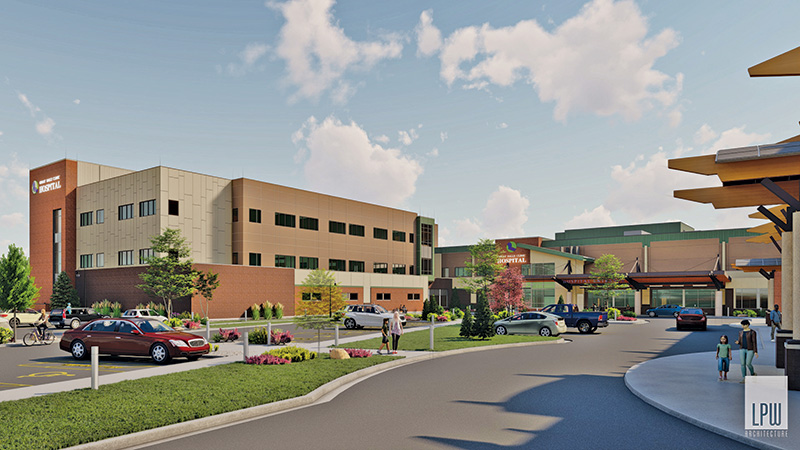 “The expansion of our existing Hospital has been an exciting prospect for several years” stated Wayne Gillis, CEO of the Great Falls Clinic Hospital. “Since opening our new hospital in 2016, the facility has been bursting at the seams and we have been creative with re-arranging and scheduling surgeries to accommodate our patients. The expansion of the existing surgery center will free up more space and time at our hospital as we prepare for more complex cases and higher levels of acuity. This will also allow us to focus on higher level acuity cases and exciting new service lines, which has been difficult with our size limitations.”

Construction will not interrupt any existing patient care or scheduled surgeries. All operations for the Hospital are up and running as usual.